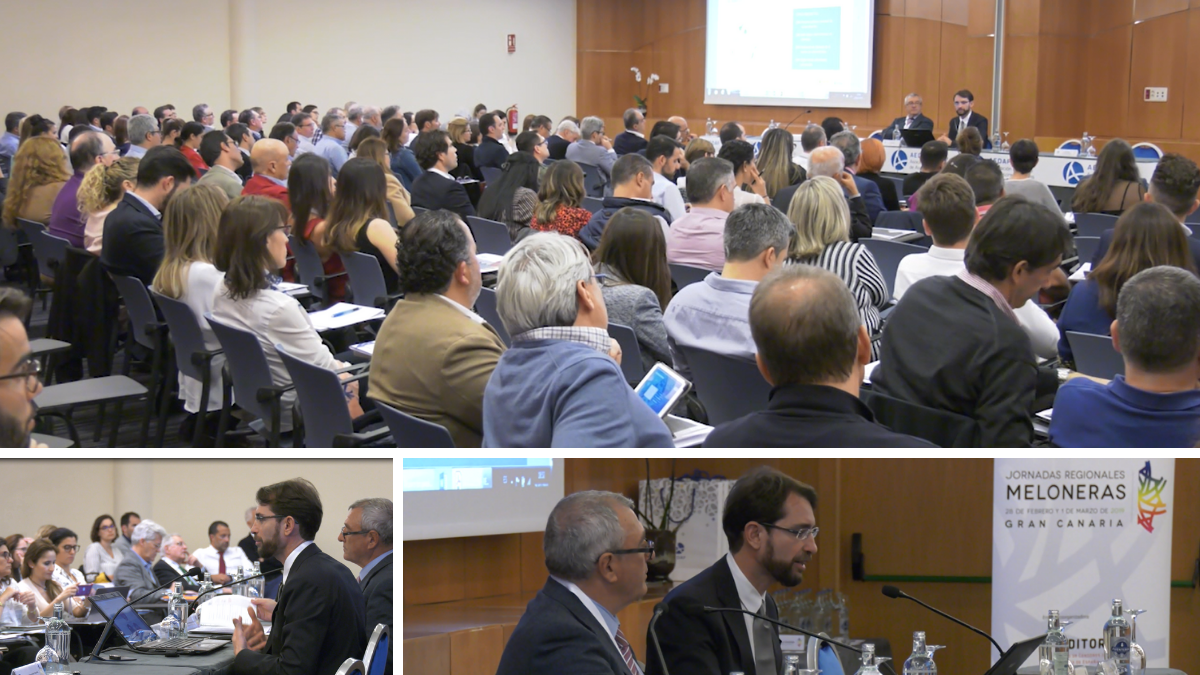 The President of the Consortium participated in the 2019 Meloneras Regional Conferences, organized by AEDAF (the Spanish Association of Tax Advisors), Territorial Demarcation of the Canary Islands

The President of the Canary Islands Special Zone (ZEC), Antonio Olivera, presented this past Thursday, 28 February, the Opportunities of the ZEC at the 2019 Meloneras Regional Conferences, which were organized by the AEDAF (the Spanish Association of Tax Advisors), Territorial Demarcation of the Canary Islands and held in the island of Gran Canaria.

Canary Islands and held in the island of Gran Canaria. Within this context, Olivera pointed out that by taking part in this specialised event aimed at members of the Spanish Association of Tax Advisors, they want to raise awareness about the four key principles of the benefits that the Economic and Fiscal Regime (REF) of the Canary Islands offer, and the elements that give this regime its “unique value”. The first point he mentioned was the legal security it provides: “The ZEC is a low taxation regime which has been approved by the European Union (EU) and the Spanish Government; the latter is also part of the ZEC Consortium through the Spanish Treasure Department”, he explained.

He also highlighted that among its main values are the tax benefits it offers, particularly the 4% special corporate income tax rate, which, as he noted, “is quite a reduction if we compare it with the 25% normal rate applied in the rest of Spain”. Olivera emphasized that this attractive tax regime enables companies to focus their attention on the Canary Islands and to engage in business operations in the islands.

“The mission of the ZEC is to help diversify the regional economy, which is why it’s so crucial to increase awareness of the sectors that have been well received in the last few years”, he noted. In that regard, he listed the following: the audiovisual sector, the Information and Communications Technology (ICT) sector, wholesale trade -brokering and trading- and all other transverse activities; port-related activities such as repair and maintenance of vessels, engines and platforms and, cruise-related activities, in addition to all companies that want to operate in the African market and see the Canary Islands as a strategic location to establish their operational base.

The President of the ZEC also pointed out that the regional, national and international promotion of the tax benefits of this incentive and stressed the importance of this type of meetings with tax advisors, as they are the ones who have the capacity to spread our message and to reach many places that we cannot reach”, he explained.

In addition, Mr. Olivera held a meeting this morning with the territorial delegates of the AEDAF, where it was agreed to establish a framework for cooperation in order to develop an agenda for actions aimed at promoting this incentive in different parts of the Spanish territory.

OLIVERA POINTS OUT THAT ZEC’S STRENGTHS ARE ITS LEGAL SECURITY, ITS 4% REDUCED CORPORATE INCOME TAX RATE AND ITS NUMEROUS ACTIVITIES was last modified: March 26th, 2019 by