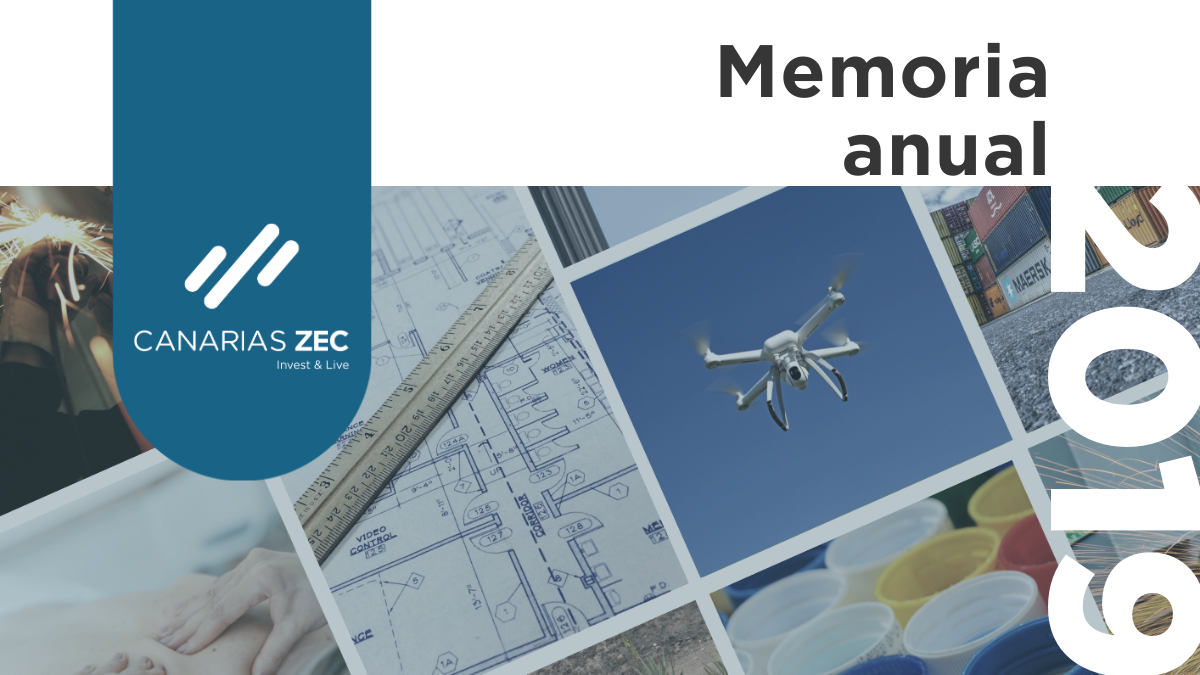 The Canary Islands.- For the Canary Islands Special Zone (ZEC) 2019 it has been one of its best years since its setting up: this is demonstrated by its balance with a total of 656 companies from the Official Registry of ZEC Entities (ROEZEC), which have committed to creating 9,778 jobs and an investment of 1,076,378,215 euros in the Canary Islands.

These data are extracted from the report corresponding to last year, approved by the governing board of the ZEC, a document that collects the global balance of employment and investment of the operating companies under this regime since their launch, in addition to the annual computation of authorized projects, registered companies, employment, investment, origin of capital, sectors and subsectors of activity and promotional actions.

In this line, it should be noted that the number of companies in the registered accumulated number has continued to increase during the period from 2014 to 2019. From a record of 428 companies in 2014, a total of 656 was reached at the end of 2019, which represents an increase of 44%. Regarding authorized projects, constant annual increases are also registered, except in 2016

The greatest growth is seen in the companies registered in 2019. The 114 entities incorporated into ROEZEC represent an increase of 33% compared to the 2018 registry. These companies committed to the creation of 1,398 jobs and an investment that rises to 98.8 million euros.

Almost 70% of these companies carry out service activities. The activity subsectors include: audiovisual, information and communication technologies (ICT) and business services. A relevant fact is the materialization of industrial projects, which represent 22% of the acquisitions of the period.

Foreign capital represents 58% of the total registered entities, almost doubling local capital. In this respect, it should be noted that the investor service provided by the Consortium in coordination with other public and private institutions throughout the Canary Islands facilitates the implementation of projects participated by non-residents.

The capital of the entities registered in the ROEZEC in 2019 comes from 23 countries. Italian businessmen are the ones who most take advantage of the incentive followed by the Germans. In general, capital comes from the European Union (EU) and as a notable trend is the presence of France among the countries with the most representation in the capital of ZEC entities.

The breakdown of figures shows that the number of authorizations also increased. During 2019, 163 business projects were authorized, representing an increase of 13% compared to 2018. These projects committed to generating 2,392 jobs and investing 1,964,052,703 euros (a figure that exceeds the accumulated investment recorded by the ZEC).

The highest percentage is mainly circumscribed in the services sector (69%) and, within this, the audiovisual and information and communication technology (ICT) subsectors have a specific weight, confirming the diversifying nature of the incentive fiscal with respect to the structure of the Gross Domestic Product (GDP) of the Canary Archipelago.

The industrial sector represents 20% of the project portfolio (1% more than the previous year), which contrasts with a certain stagnation in regional terms and reinforces the countercyclical nature of this tool. The remaining 11% corresponds to trade and distribution projects.

Regarding the origin of capital, the trend of the preceding years is consolidated with the attraction of projects from abroad (66%), which demonstrates the effectiveness of the multianual promotion plan, which marks among its objectives to achieve and maintain at least 70% the non-wholly local capital business initiatives.

The foreign capital of authorized business projects comes from 28 countries. The countries of the European Union (EU) stand out, being the Italian businessmen followed by the Germans those who mainly choose the ZEC to invest in the Canary Islands. This is due to the knowledge of our territory, and also to the tax optimization obtained in the distribution of dividends to both countries.

Regarding the total of ZEC companies registered, 61% of the ZEC entities of ROEZEC, at the end of 2019, carried out activities related to the service sector in the Canary Islands, generating employment with high added value.

Foreign capital represents 55%. Among the subsectors the most prominent by number of entities is information and communication technologies (ICT), which leads the number of companies.

All these data confirm that the potential of the incentive to diversify the Archipelago’s economy, create quality employment and attract foreign investment is consolidated.

The services sector represents 61% in the ZEC group of companies, it also leads the ranking in job creation by companies attached to this low tax regime. And by number of companies, the most representative section is that of 3 to 5 jobs. The minimum requirement for job creation, according to the islands (capitals and non-capitals, respectively) is established at 5 and 3 jobs, therefore it is noteworthy that the section of 6 to 49 jobs represents 41%, modestly contributing to improving the dimensioning of the Islands business network.

In the incentive promotion section, a key piece to attract international investment, the entity carried out 156 annual actions focused mainly on economic sectors especially sensitive to the particularities offered by the Canary Islands and which contribute to diversification such as: information and communication (ICT), outsourcing and business services, renewable energy, services connected to port infrastructures and support for tourism, distribution, logistics and transport, manufacturing and audiovisual (animation and video games). All this activity encourages the entry of investment in the Islands from almost 50 countries.

For his part, the the President-in-Office and President of the ZEC, Pedro Alfonso, highlighted that “record” figures have been reached, both in the number of companies that choose the Canary Islands as a destination for their investments, as well as in employment and investment commitments.

Certainly, the compatibility of the fiscal incentives of the ZEC with the rest of the economic-fiscal incentives of the REF and the legal certainty of the European Commission (EU) and of the governments of the State and the Canary Islands, offer a competitive and incomparable fiscal framework for companies, in addition to advancing the strategy of creating employment in key activity sectors for the diversification and sustainability of the regional economy.

Alfonso noted that the regime makes the difference, in particular, due to its low rate of Corporate Tax set at 4%, 16 points below the European average, this makes the Canary Islands a preferred destination for business as it has a tax system that no other territory of the European Union (EU) is close to it.

However, regarding the current situation Alfonso highlighted a scenario of uncertainty that involves solving the health crisis in the first instance and also that active and passive policies for employment are articulated, as well as to relaunch the economy in the shortest possible time.

Although there are still no concrete figures, he specified that the situation will bring about a fall in Gross Domestic Product (GDP) and employment. In this regard, he added that public economic policies aimed at protecting the business ecosystem will have to be implemented to re-activate the activity when the end of the state of alarm is decreed.

For the Canary Islands economy the situation is complex, the recovery is in a scenario of “zero tourism” with the impact it will have for the sector and for the regional economy as a whole, although, he remarked, “have no doubts that the prompt recovery will seek the possibility of returning to the highest level of employment and economic growth son”, he said.

In this context, he appreciated that the ZEC, as State aid for job creation and economic diversification, will be more than ever “a value to consider” to stimulate the economy in innovative sectors of activity that generate jobs. “Right now, our online investor service offices advise entrepreneurs, many of whom have decided to launch their initiatives, other entities have reoriented their business models, and we continue to authorize projects”, he confirmed.

Although, it is also true that many of our companies will have to resume their activity after the crisis and others will not. For this reason, and hoping that the companies that cannot recover are the least possible, measures designed to address the economic recovery of the Canary Islands will have to be applied, which will require financing to activate employment, liquidity and investment capacity policies and, more than ever the fiscal incentives of the REF, and the compatibility with this economic policy tool will be useful to reinvigorate business activity in the Islands”, he specified.

Lastly, he remarked that “the ZEC will undoubtedly help rebuild the economy and employment in the Canary Islands and restore the confidence of businessmen and families”.

The promotion of CanariasZEC closes 2019 with the best balance since its approval was last modified: April 21st, 2020 by ZEC