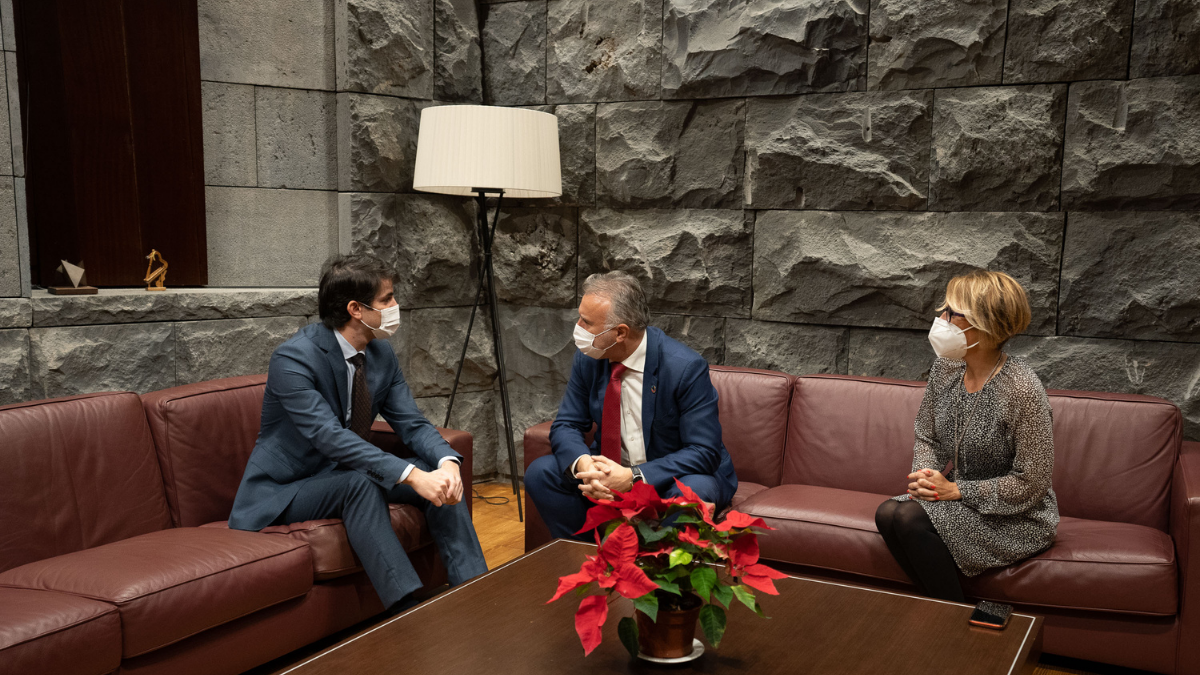 Canary Islands.- The newly appointed President of the Canary Islands Special Zone (ZEC), Pablo Hernández, has maintained this morning, at the headquarters of the Presidency of the Government in Santa Cruz de Tenerife, a first contact with the president of the Canary Islands, Ángel Víctor Torres, and the Regional Minister for Economy, Knowledge and Employment, Elena Máñez. Hernández, who was the person proposed by the regional government to preside over the ZEC Consortium, acceded to this position after the Council of Ministers ratified his appointment last Tuesday.

At the meeting held today, both Torres and Máñez congratulated the new head of the ZEC for his recent incorporation to such an important position, something they did before proceeding to a basic analysis on what will be the operating guidelines of the ZEC at this stage with new address.

The ZEC is a productive area with low taxation of companies contemplated in the Economic and Fiscal Regime of the Canary Islands (REF) and a key element in attracting investments from abroad, especially in order to deepen the economic diversification of the Islands and in the promotion of projects related to R + D + i. The Special Zone is called to play a relevant role in the economic recovery of the Archipelago, as foreseen by the Plan Reactiva Canarias after the social and economic crisis unleashed by the COVID-19 pandemic.

The newly appointed President of CanariasZEC maintains a first contact with the president of the Government of the Canary Islands and the Minister of Economy of the regional Executive was last modified: January 21st, 2021 by ZEC