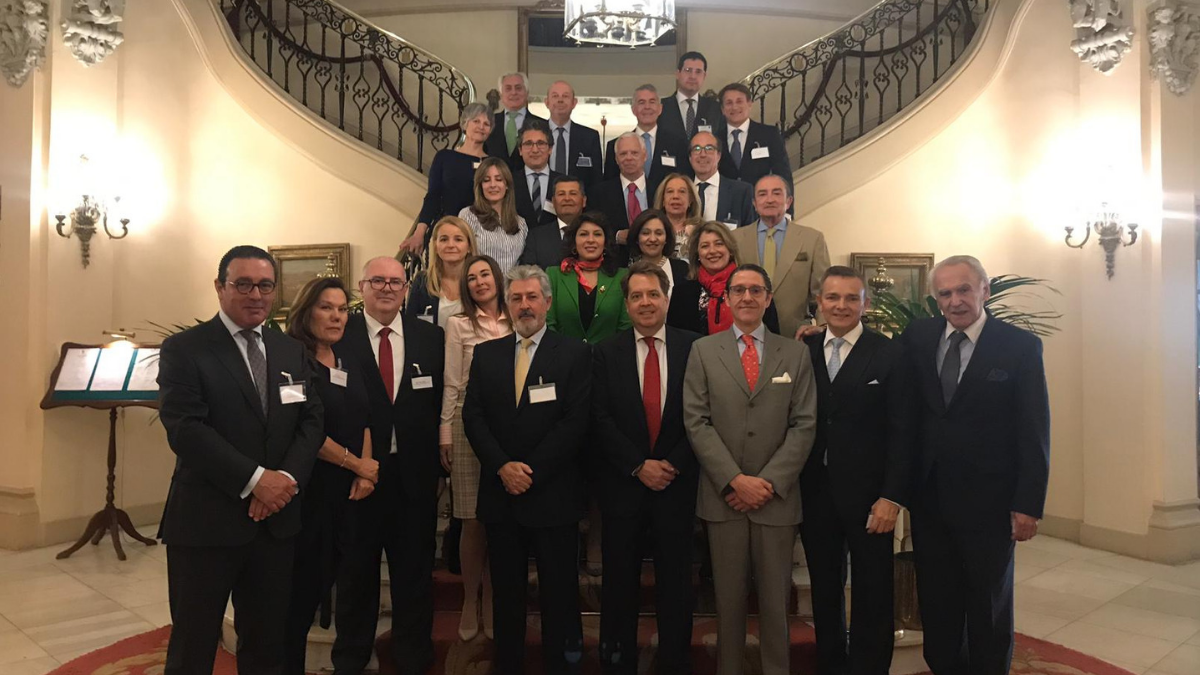 The meeting, held in Madrid, was attended by the main international partners of the entity.

Canary Islands.- The vice-president of the Canary Islands Special Zone (ZEC), Pedro Alfonso, the director of the ZEC Agency Department of Santa Cruz de Tenerife, Olga Martín, and the Governing Council director, Juan Pérez, introduced the tax benefits for the development of competitive business in the Canary Islands on their visit to the Spanish Association of Representatives and Delegates of Foreign Banks (AERBE) in Madrid.

The meeting included the participation of the president of AERBE, Michael Di Santo, and other members of the Board of Directors of the association. The vice-president of the ZEC explained to all present that this incentive is a low tax regime which is regulated and authorised by Brussels. This fact provides the ZEC with legal security guaranteeing a 4% Corporate Tax rate for companies who decide to settle in the islands, as against the 25% general tax rate in the Spanish mainland.

The vice-president went on to describe how to operate under the ZEC’s regulations and what its requirements are. He then listed the main sectors and activities that are eligible for its advantages. Moreover, he pointed out that, after the last renewal of its regulations, which came into force last November, the ZEC has expanded its list of business activities with great development potential in the islands.

This presentation is part of the promotion campaign carried out this year for the special international profile the ZEC wishes to have. This entails contacting entities linked to multinational companies with internationalisation strategies so that these companies turn to the Canary Islands to establish their headquarters and operate with global markets.

It is useful to note that the representative branches of foreign banks in Spain provide international openings since they advise their parent companies and assist in foreign trade operations. In addition, they guide possible investments from their countries of origin; they identify or help suppliers / customers and, among other activities, they expand the potential of the Spanish economy through their valuations.

For the first time, the ZEC presents its tax situation before the Spanish Association of Representatives and Delegates of Foreign Banks (AERBE) was last modified: April 23rd, 2019 by